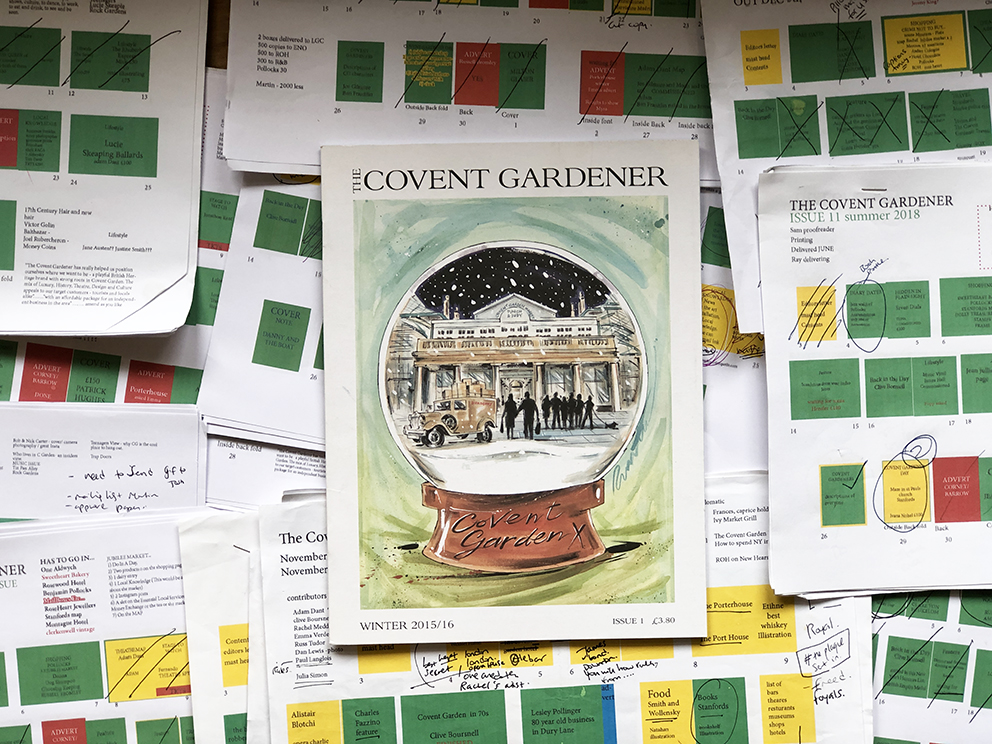 This week sees The Covent Gardener reaching the grand old age of five. Five years for a printed publication is an achievement, especially now when so many are struggling. 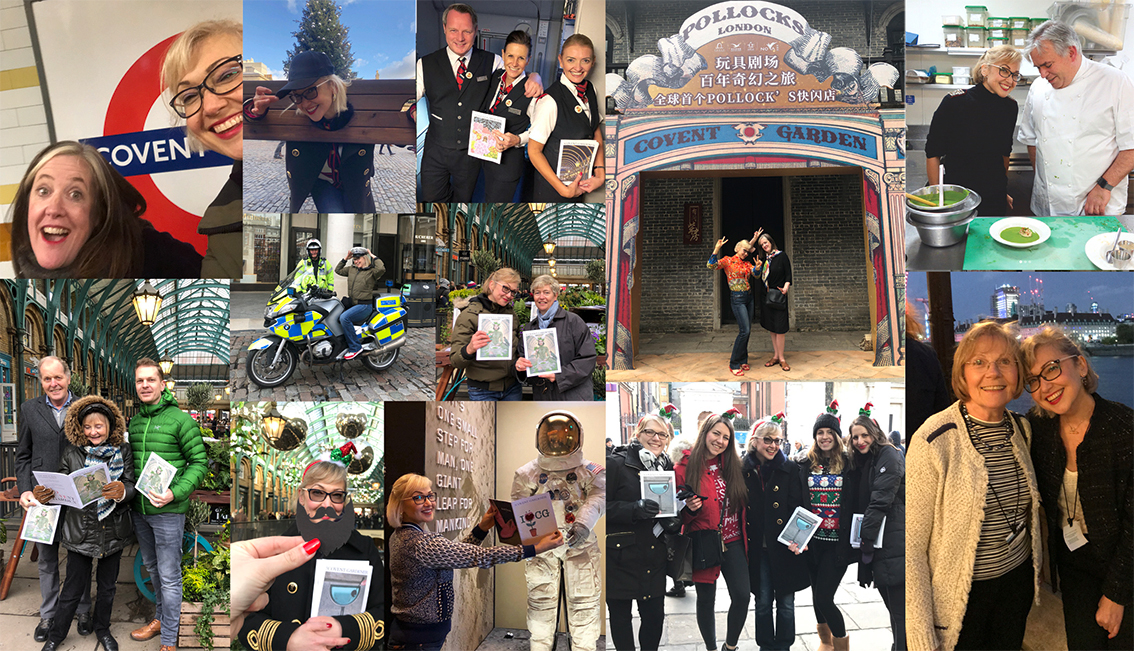 After spending my working life as a Creative Director, designing a magazine is like dressing myself, it’s second nature. Turning these beautifully written and illustrated pages into a profitable business has been where I’ve had to put on the big girl pants. Lucky for me I’ve always had the right support and business advice around me, from Richard and Helena, literally my next door neighbours and Rachel Meddowes our Associate Editor (the fount of all knowledge) to Myra Hughes and Louise Heard who both run two of the most successful independent businesses in Covent Garden.

Today with the continued support from the local independent businesses, restaurants, shops, hotels, residents and everyone who has purchased a subscription (our community) we’ve become a business that now in-turn supports a team of talented creatives who I have the privilege of working with. The magazine has given me the most incredible opportunities to meet some of the most fascinating and brilliant people that I would never have had the chance to meet. Architects, famous mudlarkers, executive chefs galore, tattoo historians and artists, head gardeners, plenty of police and an astronaut.

In January I was in talks with the Royal Opera House to potentially fly over an incredible artist from New York to create a mural in The Piazza to celebrate our fifth year. All of this along with printing the past two issues had to be put on hold and instead of a Summer and Autumn issue you’ve been kept up to date on local Covent Garden tales with these newsletters and social media.

Highlights…
The highlight of my career let alone the life span of The Covent Gardener is that Milton Glaser, the most famous graphic designer in the world, who recently passed away, created a cover just for us. Changing his famous ‘I Heart NY’ logo in to ‘I Heart CG’. A very close second is representing my home in China two years ago with my Covent Garden bestie Louise Heard from Benjamin Pollocks (an adventure neither of us will ever forget) and having a set of wooden pillories built especially for the ‘Crime and Punishment’ issue by neighbour, Alicia Edwards can certainly be classed as one of the most unforgettable afternoons in The Piazza.

Our focus is always community, warmth and quirkyness with a sprinkle of naughty. Five years worth of fun has gone by in a flash.

What’s next?
Incredibly excited about sharing the Winter issue with you all, out in November and am thrilled that we have (especially at a time like this) two new partnerships. The London Transport Museum has always been supportive but even more so for the launch of our bumper Winter issue and the soon to open, five star Nomad Hotel, which has taken over the Bow Street Magistrates, and who will also have a Police Museum which I’m very excited to see. Will be sharing more about what the museum and the hotel will be offering as the weeks progress…

You never know, might be bringing out those pillories again?