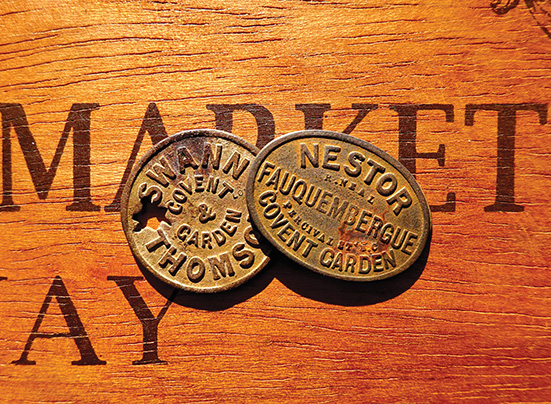 Have you ever wondered what lies hidden beneath the cobblestones of Covent Garden? In 1985, the driver of a mechanical digger discovered that the answer to this question was really rather remarkable… Hard at work on the site of the former Jubilee Hall, he chanced upon a large cache of Anglo-Saxon pottery, a finding that ultimately led archaeologists to uncover the lost city of Lundenwic.

Buried for over 1,100 years under present day Covent Garden, the exact location of Middle Saxon London had baffled archaeologists for centuries. As such, the discovery of the lost city of Lundenwic is regarded as one of the most important archaeological mysteries to be solved in London’s history. By the end of the 1980s, extensive excavations had established the approximate size, outline and chronological development of Lundenwic, which stretched from what is now Trafalgar Square to Aldwych.

Between the 7th and 9th centuries, Lundenwic was a thriving port and market centred around Covent Garden. In AD 731, the medieval monk and writer The Venerable Bede described the 8th-century Anglo-Saxon settlement as ‘an emporium (market) of many peoples coming by land and sea’. The southernmost part of this international Anglo-Saxon trading centre was located along The Strand, which is derived from the Old English word ‘strond’, meaning the ‘edge of a river’. Merchant ships from foreign lands brought exotic goods such as silks, precious stones, gold, wine, olive oil, ivory, bronze, glass and other luxuries to the markets in Covent Garden. Other goods, including wool, agricultural produce, fine metalwork, embroidery and silver were also bought here and exported throughout the Anglo-Saxon trade networks.

Excavations in Covent Garden have revealed the incredible wealth the Anglo-Saxons acquired through their lucrative dealings. One of the most spectacular finds from the area was an exquisite, highly ornate brooch decorated with twisted gold filigree on gold plates and inlaid with a mosaic of polished, red garnets – a true piece of treasure.

According to the Museum of London, this rare type of brooch was ‘fashionable among aristocratic Anglo-Saxon ladies’, and the woman who wore it could have been ‘of noble, possibly even royal, birth’.

The vast wealth of Anglo-Saxon Lundenwic attracted unwanted visitors. In the 9th century, the trading town endured a series of vicious and brutal attacks from Vikings sailing up the River Thames from the North Sea. For protection against further Viking raids, the Anglo-Saxon King Alfred the Great moved the settlement from Covent Garden into the heavily fortified and walled city of Londinium, which had been abandoned by the Romans in the 5th century AD.  The previous trading port of Lundenwic was left in ruins and became known as ‘Aldwych’ (old port), a name which still refers to the area directly east of Covent Garden.

Artefacts from Covent Garden are still being found today. Over the past few years, I have found several 19th-century market tokens from Covent Garden while mudlarking along the River Thames at low tide. To expedite the delivery and sale of goods at the market, farmers would leave their wooden boxes at the traders’ stalls from which their goods would be directly sold to customers. In exchange, the traders would give the farmers a token as a deposit.  Each token was stamped with the trader’s name, market name and worth (i.e. 1 Shilling). Upon the farmers’ return, they could pick up their boxes and return the deposit. If a box was damaged or lost, the trader would pay the farmer the amount stamped on the reverse of the token.

Although the fresh produce and flower market moved to new premises in Nine Elms in 1974, Covent Garden is still a bustling market place in the heart of London, filled with vibrant restaurants and delightful shops, which sell a wide range of goods from around the world. In that respect, Covent Garden is still the same ‘emporium of many peoples coming by land and sea’ as the original Anglo-Saxon market described by The Venerable Bede back in AD 731. 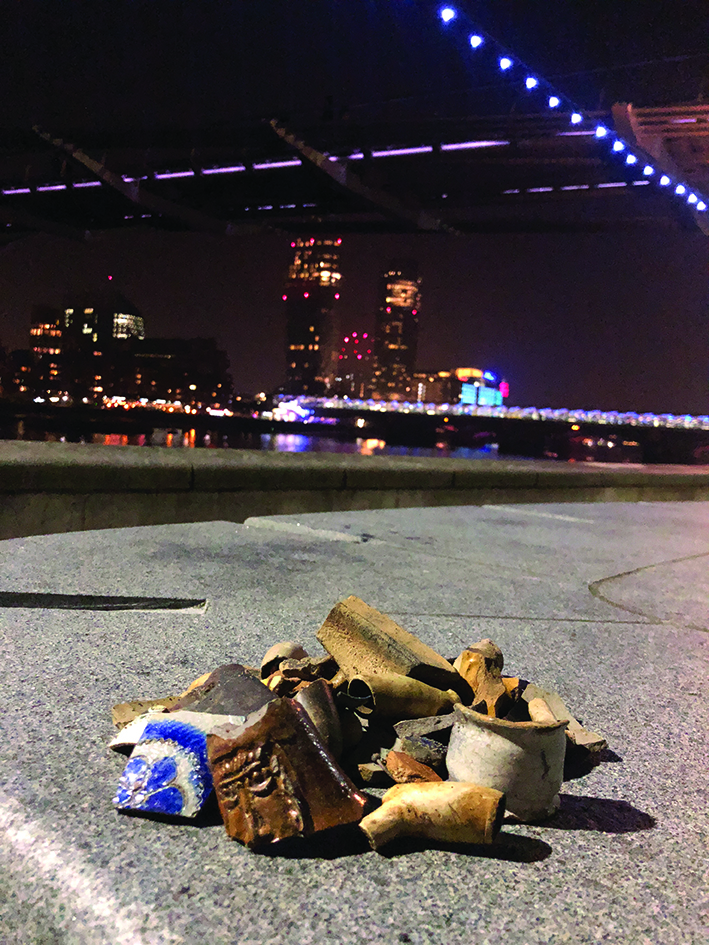 The term ‘mudlarking’ was coined in the 19th century to describe the popular activity of scavenging the Thames for valuable goods. Now, after a five-year apprenticeship, architect Jason Sandy has finally been admitted into the exclusive Society of Thames Mudlarks… He invited us to join him for a  night-time session near Queenhithe Dock in the City of London. Pictured are some of our most exciting finds that night:

During our time on the banks of the Thames, Sandy told us about his quest to raise funds for the future Thames Museum, which will be dedicated to the archaeology of the River Thames and history of London. This project is currently  in the early stages of development.

Many new insights about London’s history have been discovered through artefacts recovered from the river by mudlarks and members of the public. 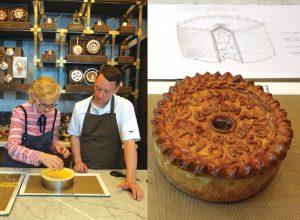 THE PIE’S THE LIMIT

Fans will almost certainly be familiar with the extraordinary work of Calum Franklin, Executive Chef at Rosewood London,s Holborn Dining Room. He is an Instagram sensation thanks to his intricate, fabulous and utterly delicious pies.

After first clamping eyes on his Pie Room, which is kitted out in full Victorian splendour, we couldn’t resist combining our recent finds from our mudlarking trip with Jason Sandy (see p. 10 for the full story) with a special Covent Gardener X Calum Franklin pie.

On the appointed day we brought along our Thames treasures for Franklin to inspect so that together we could work out which of our riverbed findings would be the crowning glory of the pie.

After rummaging through Roman, medieval and Victorian pieces, Franklin seized upon a Covent Garden Market Token. The perfect pie top. As he set about creating the pie, working out which ingredients would work best, we had a chance to explore his incredible kitchen, though we were swiftly drawn back to witness Franklin’s extraordinary sleight of hand as he deftly twisted and crimped the pastry into the shape of the market token. He decides on a Victorian recipe of rabbit, bacon and tarragon.

Every aspect of The Pie Room is designed by Franklin himself, from the huge marble worktops to the astounding copper batterie de cuisine he has assembled over many years. Everything in his kitchen is placed there for a reason and there is a story behind every pot and pan. With his team they create 100s of pies a day, with enormous 25-kilo wedding pies the latest trend here.

Franklin clearly has a huge passion for knowing everything about his ingredients. ‘When you build relationships with farmers, fishermen the people who make the flour, you really learn about respect,’ says the chef. ‘This is also why I can,t bear to waste anything.’

Within an hour our Covent Gardener Market Token pie was complete and ready to be baked. Weighing in at a nerve-racking 3.5kg, it would have been ample fare for a good portion of the population of Lundenwic (see p. 10)!

The Pie Room at Holborn Dining Room opens from 11-4pm