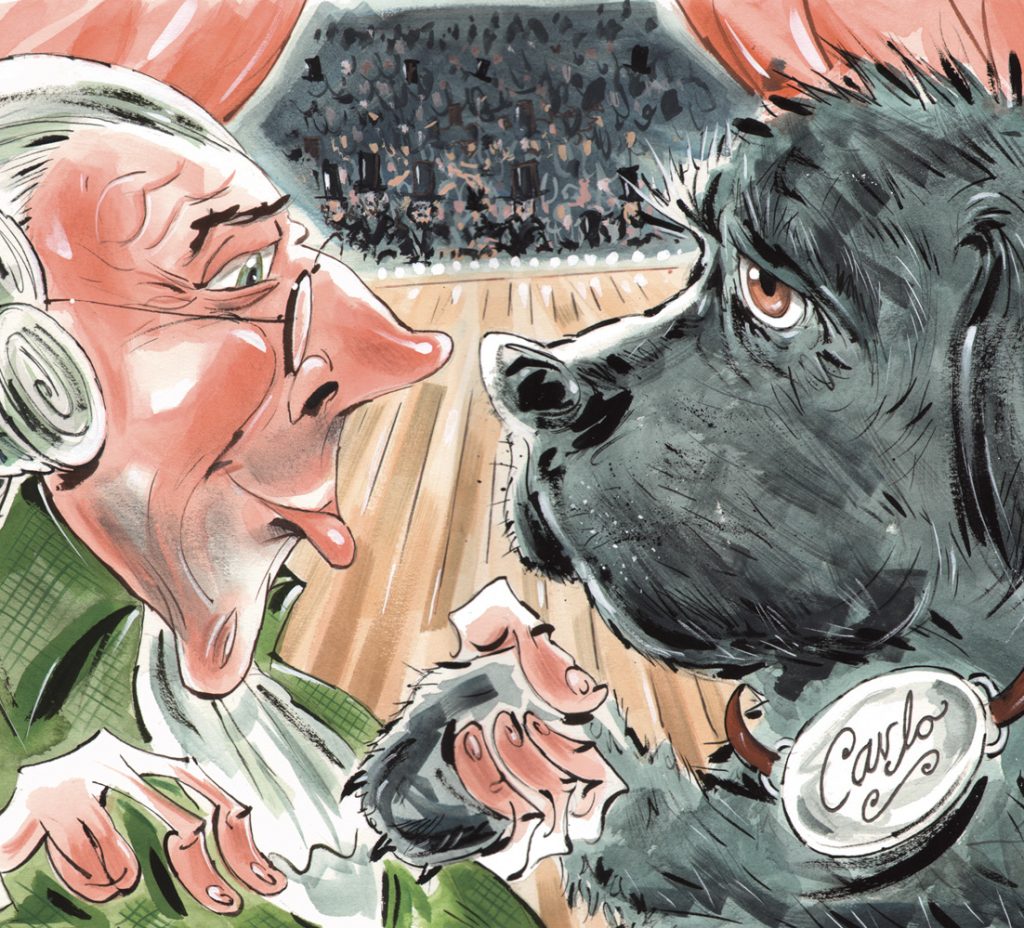 In 1803, the playwright Richard Brinsley Sheridan was in severe financial difficulties.

His successful works – The Rivals (1775), The School for Scandal (1777) and The Critic (1779) – were all behind him, and it was becoming abundantly clear that he was better at writing than he was at theatre management.

He had taken the helm at the Theatre Royal Drury Lane in 1776 after buying out David Garrick, and in 1794 he built the third theatre on the site. The new venue, with its capacity of 3,600 people, was expensive to build and run. Sheridan had a love of extravagant spectacle, which he felt was the key to satisfying large audiences. And he had to keep the punters happy as the profits from Drury Lane were vital in supporting his political career and ambitions.

Such ambitious productions were extremely expensive and entangled Sheridan in a vast web of financial and legal obligations. He was constantly on the brink of bankruptcy, and this was compounded at the end of the 1802 season when his two biggest stars – Sarah Siddons and John Philip Kemble – left the Lane to join the rival Covent Garden Theatre.

The stroke of luck that saved Sheridan from ruin on this occasion came in canine form.

A short melodramatic afterpiece called The Caravan, or the Driver and His Dog by Edward Reynolds proved to be a major hit with the audiences. Employing the large stage and high-tech facilities to the max, the show involved a spectacular scene in which a dog dived into the sea to save a drowning child. With huge tanks of water installed above the stage as an innovative fire-prevention measure, it was possible to flood an on-stage tank to simulate the sea. All Sheridan needed to do was to find a suitable dog and train it up to perform the rescue…

A local butcher had a pet Newfoundland by the name of Carlo, a magnificent creature who was also big enough to be seen from the very back row. Carlo was perfect for the role.

Rehearsals did not start well, however, as initially Carlo was not wild about leaping from the lofty cliff-top scenery into the water below. But eventually, with the aid of screens to focus his vision and no doubt some gentle prodding from his backstage handlers, he rehearsed it enough times to ensure it would be alright on the night.

It was more than alright. The scene, and Carlo in particular, was a sensation. Its first public viewing received rapturous applause, leading to a long run and considerable, much-needed box office receipts.

The first performance was on 17 December 1803. The story goes that on hearing the audience’s delight, Sheridan rushed backstage to the green room, asking: “Where is my guardian angel?” On being informed that Reynolds, the author, had already left the building, Sheridan responded: “Pah, I mean the dog, actor, author and preserver of Drury Lane Theatre!”